Leave it to a friend to open your eyes to yourself.

In 2017, a friend told me about an event she attended and enjoyed: Story Slam Dayton.  “It’s like NPR’s The Moth,” she said, “You should come. And, you should tell a story.”

Although I listened to stories from The Moth, I wasn’t familiar with the Story Slam background that produced it. But, I love my friend. I smiled, laughed, and told her I’d come with her to listen to stories. I couldn’t imagine climbing the stage to tell a story, but a planned evening out with a dear friend once a month is something to cherish.

Life overtook my schedule. Seven months after her first invitation, a window opened for the third Tuesday of April, 2018. We climbed into the car together and drove to Wiley’s Comedy Club. She really wanted me to tell a story on stage that night, encouraging me throughout the drive.

My only goal that evening was to listen to the stories and enjoy time with my friend. A student at heart, I found myself not only enjoying the stories but also soaking up the process of storytelling, and the etiquette of Dayton’s Story Slam, a monthly open mic storytelling event.

After listening to the stories that first night, I intuited what I thought was perhaps one of the most important elements. Each story seemed to share a personal truth or conviction: a weakness, an earned strength, personal fear, hard won success, a life value, trauma, courageous act, lesson learned. Almost as though each storyteller cracked open a small window into their soul. The Slam was an open-mic night in a comedy club, but I felt as though I spent the evening at an intimate dinner party making new friends.

When the final story wrapped, I wanted to offer each storyteller top honors for having the courage to share a piece of themselves. But, alas, Story Slam is a contest. And, a contest has a winner.

Driving home, my friend pushed some more. As an introvert who thrived for almost two decades in the business and teaching worlds, I understood that giving a talk or leading a classroom took a toll on my personal energy. But, I learned over time how to summon the will, and get it done. 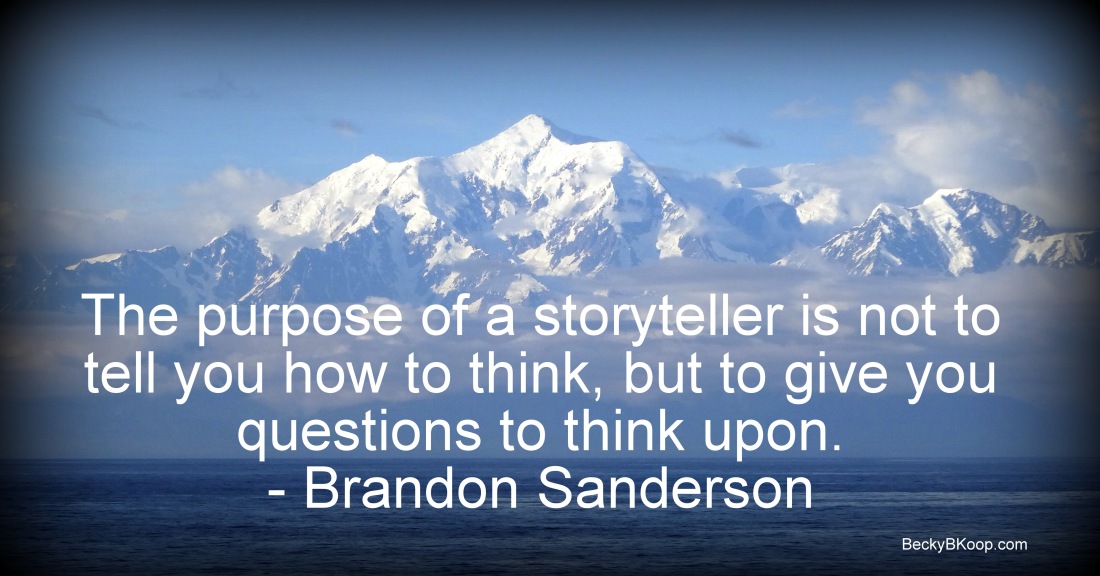 I pondered for a couple of weeks, then decided to return the following month, and in slam parlance, “Bring a story.”

Sitting at the table before the next month’s festivities started, I excused myself to the restroom. Meaning, I hid out in the restroom stall until I could gather enough energy to face the stage. Then, I returned to the table and ordered a coffee with a shot of bourbon. Maybe a little liquid courage would help? That liquid courage started a hot flash.

The MC opened May’s Slam with a funny yet wrenching story about his mom. (Mother was the night’s theme.) Listening to his story, my own saga about the strange noises in my attic felt wholly inadequate. Inconsequential. I wanted to back out, but my name was already in the storyteller bucket. I closed my eyes and practiced a deep breathing technique that sometimes helped me regain composure. But, I wasn’t paying enough attention to do it properly. I was getting dizzy.

Hearing (definitely not listening to) the next storyteller, my stomach started rolling. Writing as yet unpublished memoir stories in my home office, I felt firmly planted in my comfort zone. But, telling a personal truth on stage, under the spotlight, with a clock running, in front of a room full of people, while getting judged?

I was so far outside of my comfort zone, I couldn’t even locate the edges. What was I thinking? 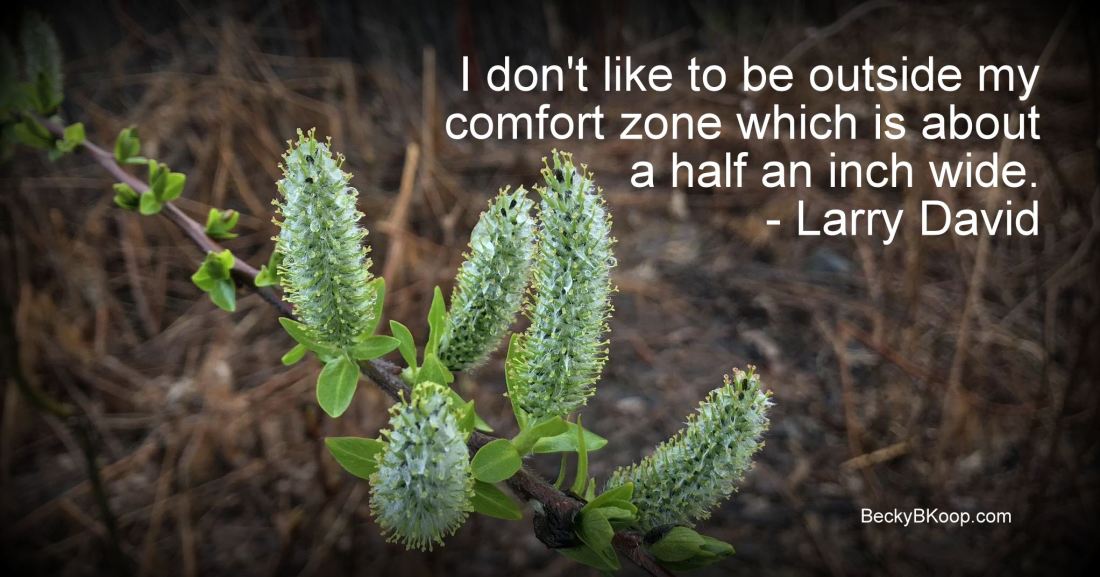 Again, I wanted to back out, but my name was already in the bucket. Maybe I could just say no when they called my name? My friend shot me a look and shook her head. Did I say that out loud?

Every time the MC pulled a name from the box, my stomach tumbled. When mine was finally called, I shook my head “No.” But, the MC, and my supportive friends, encouraged and pushed and cheered and pushed me forward to the stage. Fumbling a bit on the steps, I dragged my sweating self into the spotlight for the first time.

Surprised that I could see only the few people down front, I confessed that I was a Story Slam stage virgin, took a deep breath, and with my voice wobbling started to talk. Then my story took over. I have no idea what exact words I said that first night. I remember a few audible sighs, laughs, gasps, more laughs and thinking, Is that the audience? Are they really with me? 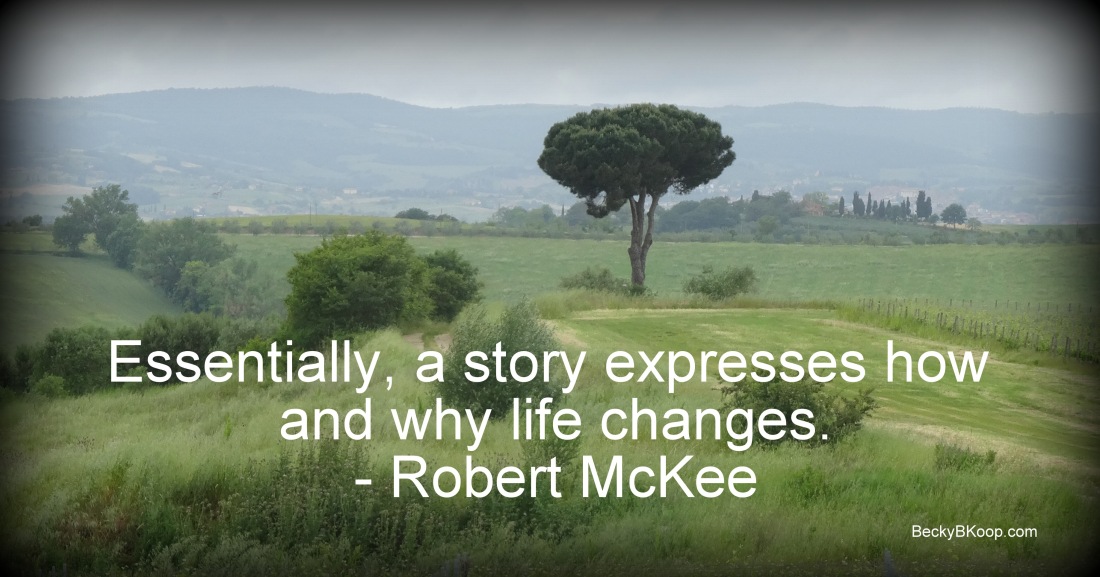 Shocked as the judges announced my scores, I was even more so when named top storyteller for May’s Story Slam. Each monthly winner qualified for the Grand Slam at the end of the year. May’s slam winner was the last qualifier for the 2017-2018 season.

By winning the month, I qualified for the Grand Slam, just four weeks away.

Every bit of personal energy I could summon was needed to climb on that stage in May, and I had to turn around and do it again with a new story in June? I left that night thinking it was impossible.

I am an introvert and I am a competent public speaker; a skill honed over several decades. So, why was it so difficult for me to climb on stage and share my story?

The morning after that first slam, I awoke with a hangover. Not a hangover from the single shot of bourbon in my coffee. A vulnerability hangover. 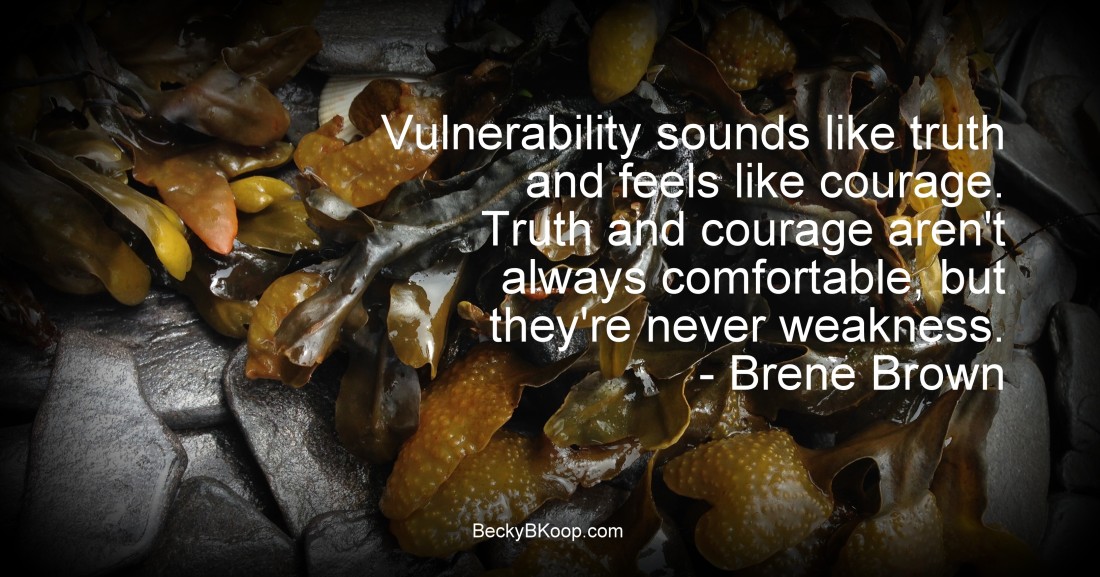 For decades, I rarely shared personal stories and only with a few of my closest friends. On the Story Slam stage, I shared a personal growth story with a room full of people I didn’t know. A room full of faceless people sitting in the dark. Even my friends in the audience heard my saga for the first time.

That morning after, my heart beat fast, my stomach churned. Did I really step on stage and say that in front of people I didn’t know? Were they laughing with me, or at me? Was I really ready to put that story into the public domain? Did anybody record me? Who did those people know? Who would they tell?

Maybe my trepidation on stage was not about being an introvert? Perhaps my churning fear, my stomach knots, were about the vulnerability that accompanies sharing a personal story on stage.

Ready to Slam on a Grand Scale?

In the four weeks between winning May and competing in June, I took a two week vacation to Alaska with my husband, attended my niece’s high school graduation in Texas, and buried my father-in-law.

My father-in-law’s death in combination with a walk through the Alaskan rainforest, birthed a story that nagged at me. I recorded the story in my journal because I’m a writer, and that’s what I do when a story won’t let go. I had no intention of sharing that story. It was too fresh, too personal. I wasn’t ready for that level of vulnerability.

A few days before the Grand Slam, I was still searching for another story to fit their theme, Finish Line. My mind was frozen, no other story would grow. I decided it was a sign that I was supposed to get the rainforest story off my heart, out of my journal, and into the world.

The parking lot was full when I arrived to Story Slam and there were so many people in the audience they were opening up overflow areas for seating. My heart pounded as I looked around the room.

A few recognizable faces came into focus. Two tables pushed together were over-filled by a circle of my friends. Another table held my husband’s cousin. A table down front seated several fellow writers. I received every hug and bit of encouragement offered, then fled to the restroom to gather energy, find my center, and, perhaps, to vomit.

The quiet of the stall helped me recharge enough to remember why I was there. My only goal for the evening – to serve my story.

A bit calmer but still unnerved, I returned to the huddle of storytellers drawing numbers for the night’s stage order.

Trying hard to remember which of the many details I wanted to share from my own story, I caught snippets from those who told their stories before me. I listened intently to the storytellers who were after me in the lineup. EVERY story touched my heart. EVERY storyteller stepped into a place of vulnerability. EVERY set of scores was a hairline away from the others.

When the last storyteller finished and the scores gathered, my friend leaned over and whispered “You won!” Mental math was never my strong suit, I couldn’t confirm her prediction, so I was surprised again when they announced my name.

Even better than being named the winner that evening, were the conversations I had when it was all over. Audience members I didn’t know approached to share how my story touched their lives, how they viewed the passing of their own loved ones. Some approached and gave me a hug. Several had tears in their eyes as they shared snippets of their own stories. Tears filled my eyes.

My story built bridges. My story created connections. Listening to others’ stories, I  discovered new ways to think about the world. The next morning, I didn’t succumb to a vulnerability hangover. I awoke with the desire to listen more and share more.

So, even though I’m an introvert, I can take the stage and slam.

Anyone (introvert or extrovert) can slam if they step into the vulnerability inherent in telling a personal, true story on stage.

But, make no mistake: I couldn’t have done it, and wouldn’t have done it, without the encouragement and push from a few friends, the example set by other storytellers unveiling their vulnerabilities, and access to a few energy gathering privacy stalls in Wiley’s restroom.

I survived and thrived on stage, but it took a village.

I awoke the morning after Grand Slam making a note to thank my friends, thank the audience, build bridges with and encourage fellow storytellers, and, finally, to thank the hardworking staff at Wiley’s Comedy Club who keep the restrooms sparkling clean.